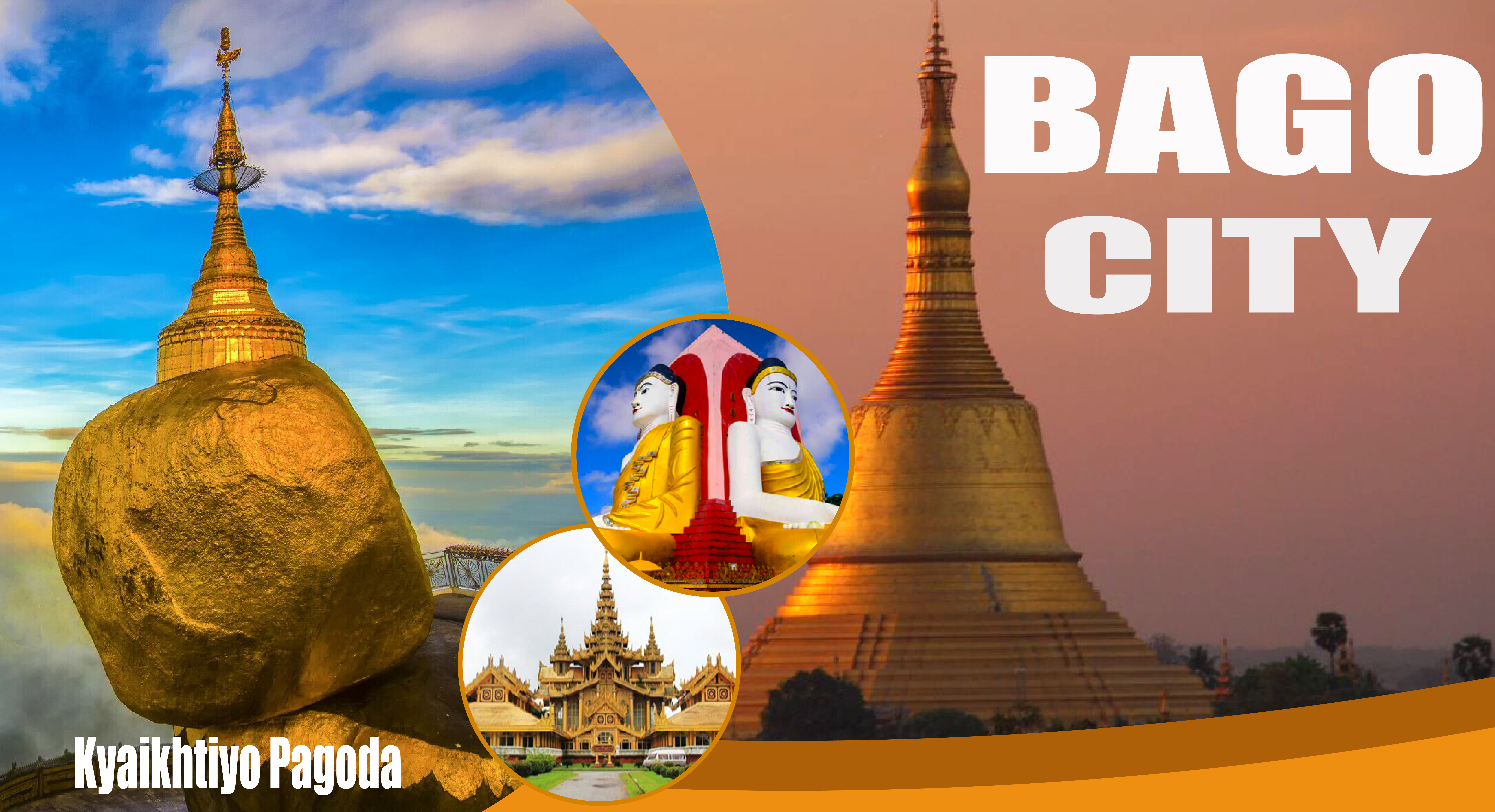 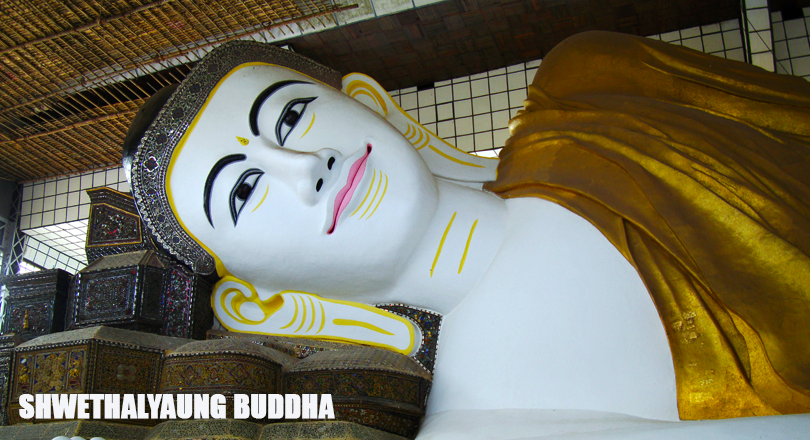 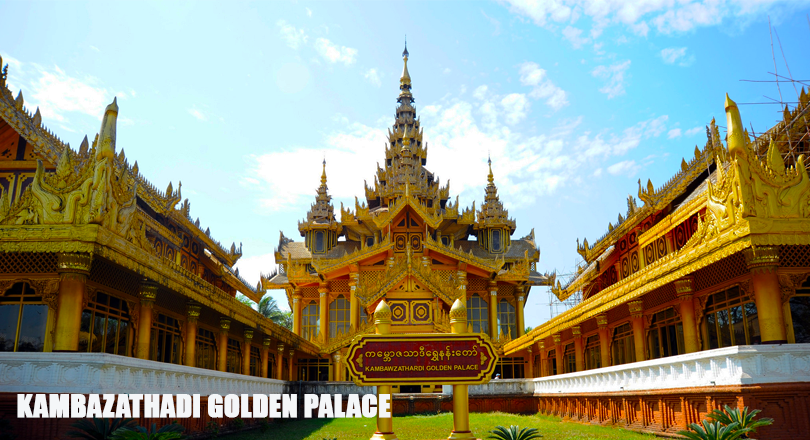 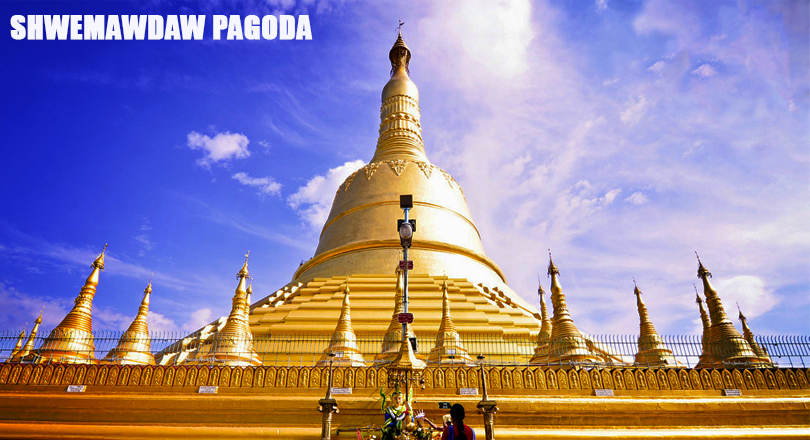 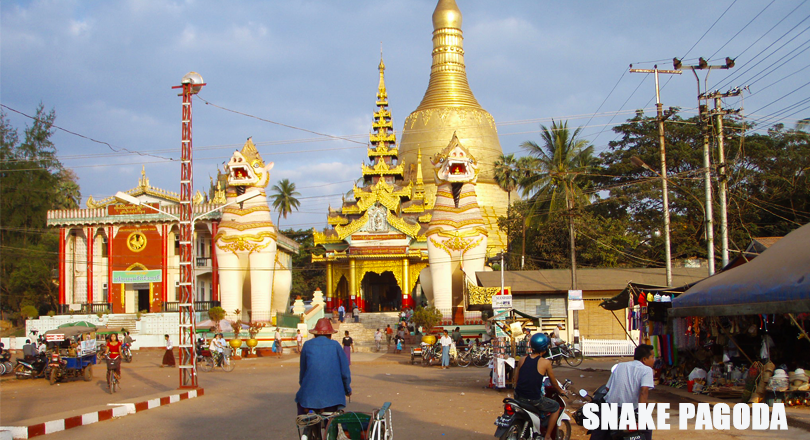 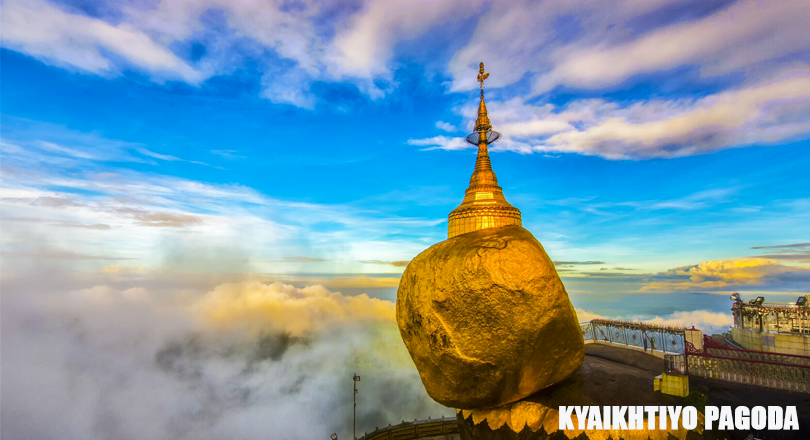 Meal: No meals (Pay by themselves)

09.00 Pick up from your Hotel in Bago / Meeting point and transfer to Kyaik Pun Pagoda

10.00 Kyaik Pun Pagoda Bago The pagoda was built in 1476 and is 27 meters high. It is located on the way from Yangon to Bago. Four Mon women built the four-faced Buddha. The appearance is relatively unique. The four Buddhas are Kakusandha, Konagamana, Kassapa, and Gautama.

11.00 Shwethalyaung Buddha is Reclining Buddha was built more than 1,000 years ago. It is said that the pagoda contains Buddha hair, Buddha teeth and Buddha relics. There are many Burmese pilgrims who have experienced several collapses and cracks, but the local people have all repaired them one by one.
Lunch by your own expense : Guide will suggest on spot

13.00 Kambazathadi Golden Palace The palace was built in 1556 by King Bayinnaung, but unfortunately it was later destroyed by fire. The current building was rebuilt in 1992. The palace at that time was built entirely of teak wood, and the rebuilt part was replaced by cement. The royal palace retains the original large column, and visitors can also watch all kinds of jewelry and gold objects in the royal palace. The overall style of the palace is more brilliant and the environment is beautiful.

14.00 Shwemawdaw Pagoda is a landmark building in Bago Province, Myanmar. It is said that it contains two Buddhist relics, and there are also sayings about the collection of Buddha teeth. It has thus become the local Buddhist center of Bago, and many festivals will be held here. There are 121 small stupas surrounded by the main pagoda. The tower is gilded as a whole with a spectacular view and magnificent momentum. The pagoda building was built more than 1,000 years ago and is one of the four famous Buddhist temples in Myanmar history. The pagoda is directly opposite the ancient city of the Meng Dynasty in Myanmar. With the change of history, the pagoda in Bago also has a lot of fate. It has been baptized by natural disasters many times and was destroyed in the earthquake. , Suffered severe damage, but also because of the perseverance and piety of the Burmese faith, in the process of restoration and construction, the more cherished and cherished the pagoda, the higher the construction, the higher the pagoda is now 114 meters, becoming The highest pagoda in Myanmar is now placed at the bottom of the pagoda was the top of the pagoda. Every time the full moon festival in Tagu (March / April), a large number of Hajj will be welcomed here. Return to Bago city (Hotel / Meeting point).

Dinner by your own expense : Guide will suggest on spot

Meal: No meals (Pay by themselves)

07.00 Pick up from your Hotel in Bago / Meeting point and transfer to Snake Pagoda

08.00 Snake Pagoda ,Another story goes that the snake is a reincarnation of a revered monk. Either way, it is likely one of the largest and oldest snakes in the world. No wonder locals flock here to pay their respects and shower the sleepy python with gifts of cash.
Lunch by your own expense : Guide will suggest on spot

13.00 Kyaikhtiyo Pagoda, According to legend, a Buddhist hermit was given a strand of hair from the Buddha himself, which he then gave to the king. For his gift, the king offered the hermit a boulder shaped like his head, and used magical powers to pull the boulder from the ocean. The king then built the small pagoda atop the rock to enshrine the Buddha’s hair for all eternity and pilgrims have flocked to the site ever since.

Dinner by your own expense : Guide will suggest on spot