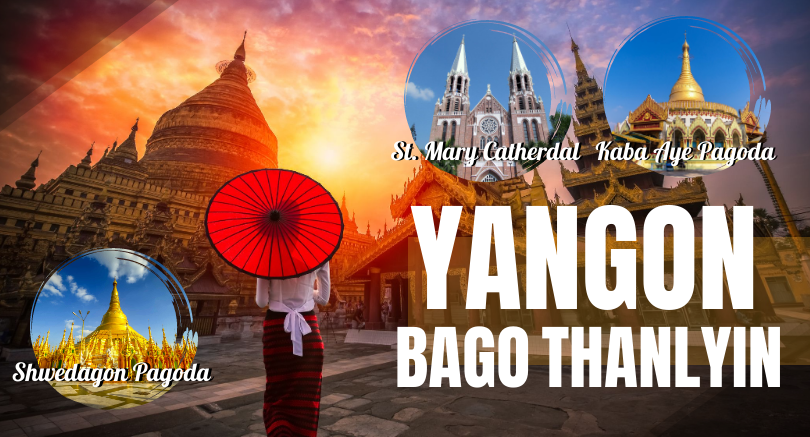 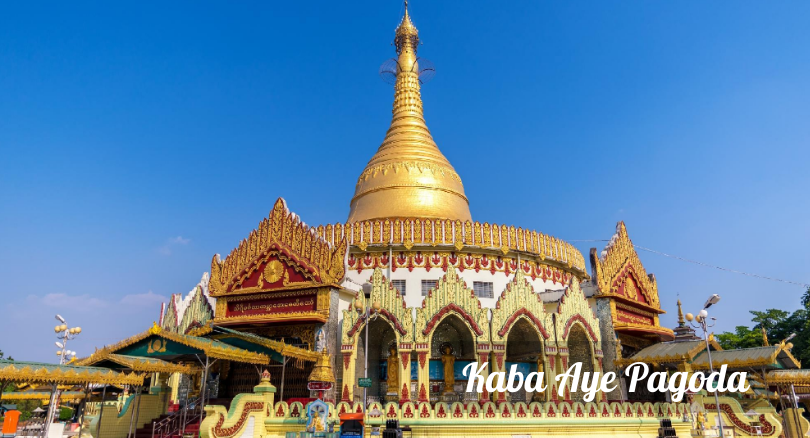 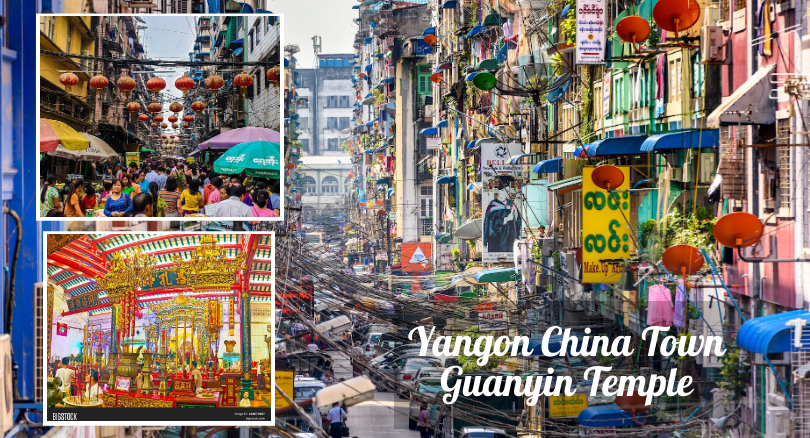 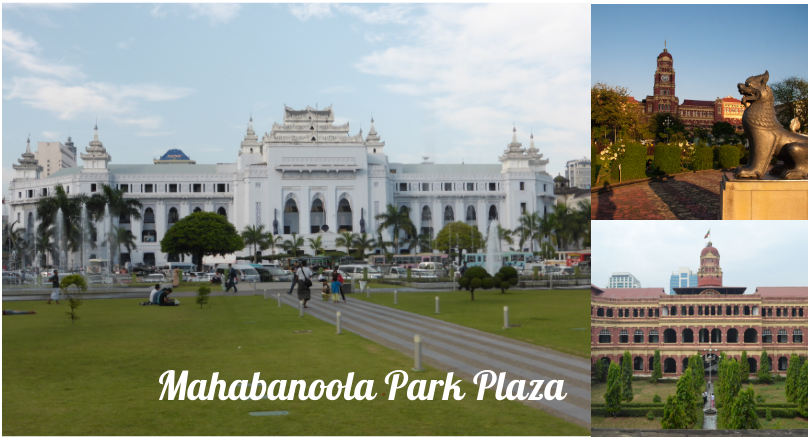 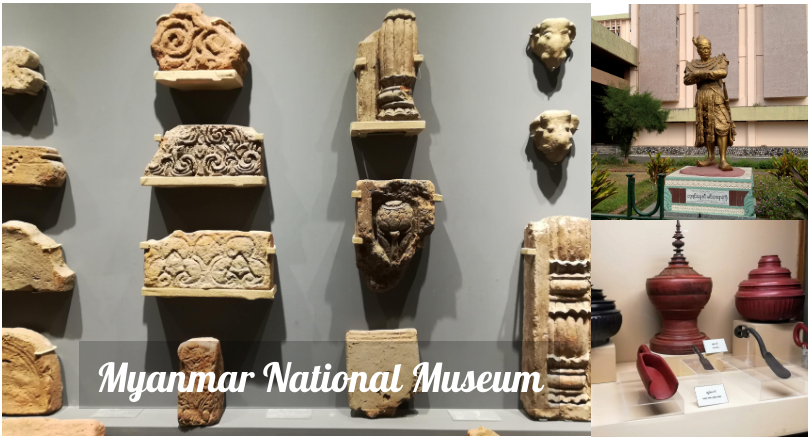 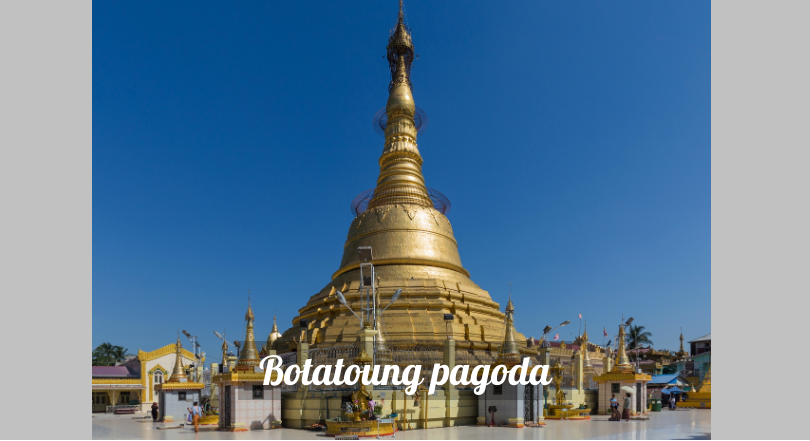 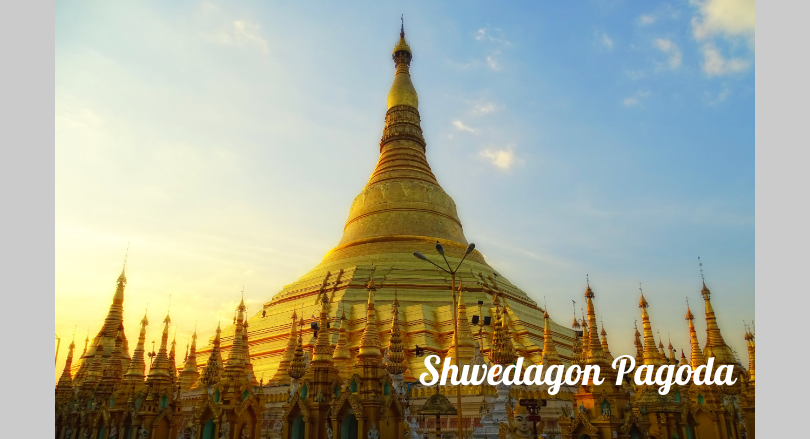 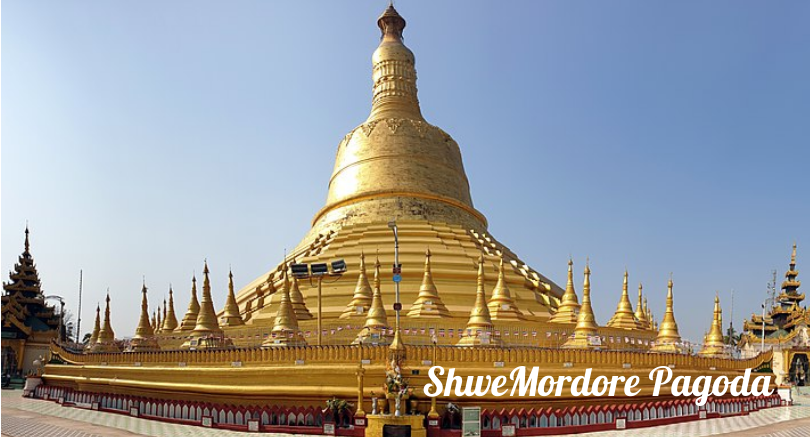 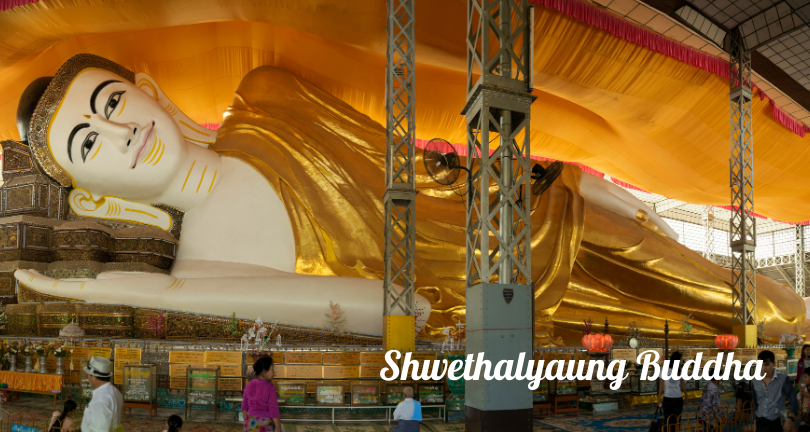 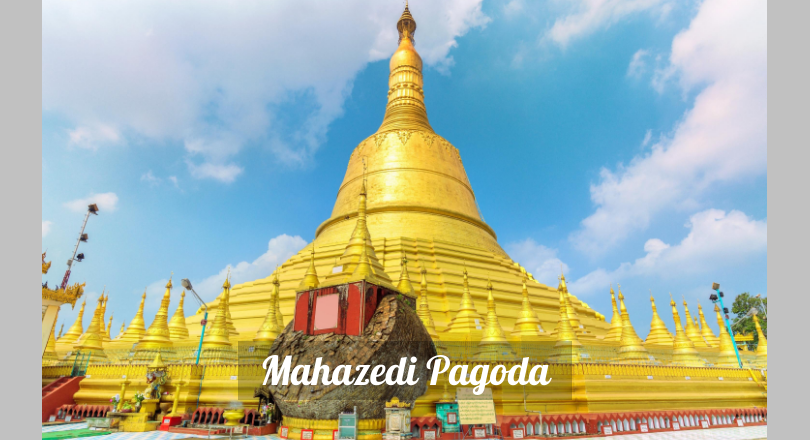 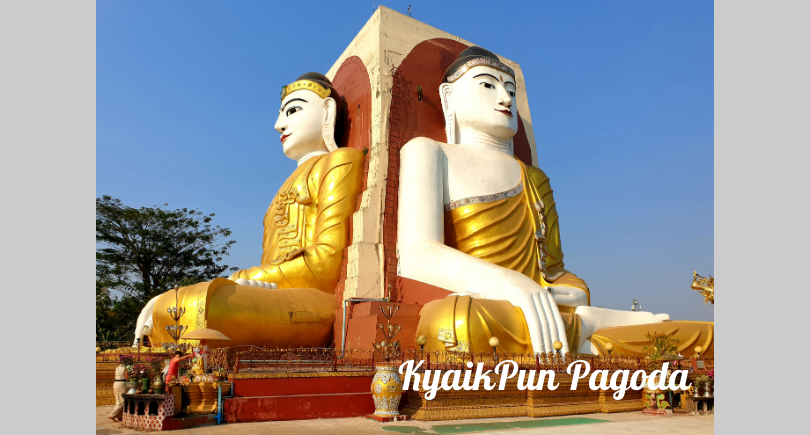 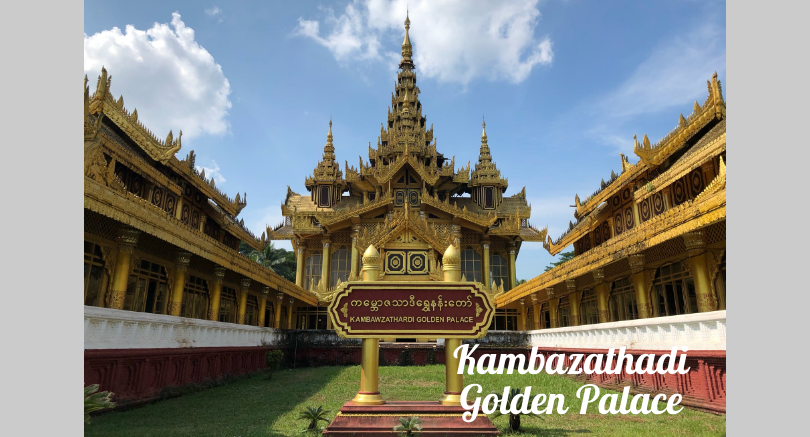 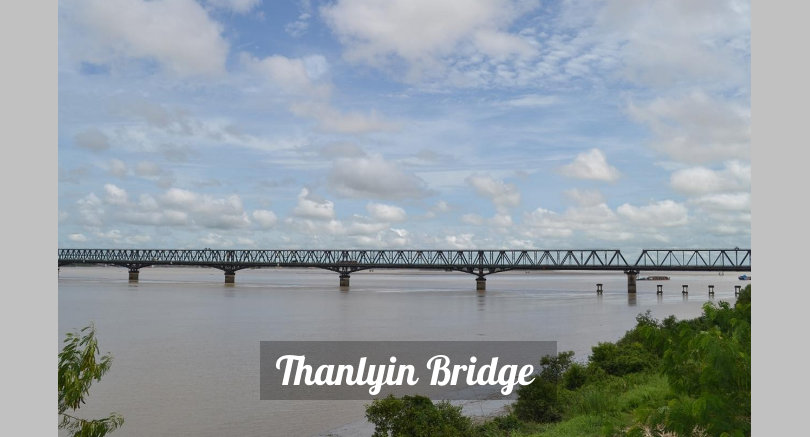 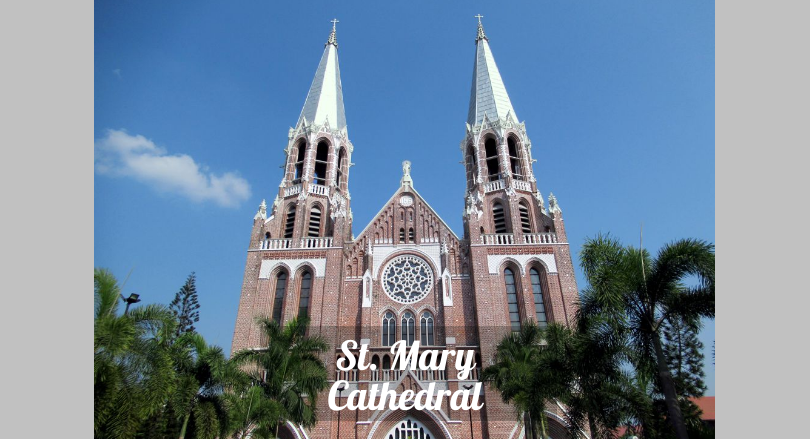 Day 1 : Yangon City Tour
Meals : No Meals (Pay by themselves)

13.00 Pick up from your hotel in Yangon / Meeting point / Yangon International Airport and transfer to Kaba aye pagoda

14.00 Kaba aye pagoda
Famous Buddhist shrine. To commemorate the 2500th anniversary of Sakyamuni Nirvana, the Sixth World Buddhist Congress was held here, with more than 10,000 people attending it, so it is also called "Ten Thousand Caves Dojo". This mountain is made up of believers piled with emerald wool, so it is called Emerald Mountain. The entrance to the grotto is flanked by jade and jade walls! The meeting place in the grotto is very solemn. In addition to holding a Buddhist meeting here, the monk's promotion level test is also held here.

15.00 China town Yangon
To understand the living conditions of local Chinese, you can buy fresh and cheap tropical fruits (mangosteen, avocado), and street snacks (all kinds of barbecue, fried food).

16.00 Guanyin Gumiao Temple
Guanyin Gumiao Temple (also known as the Guangdong Guanyin Temple) is one of two major Chinese temples located within Latha Township in Yangon's Chinatown. It was founded by the Cantonese community of Yangon in 1823, but was destroyed by a fire in December 1855, and subsequently rebuilt in 1864, with two additional brick buildings to the side built in 1872. The temple is located on Maha Bandula Road and is dedicated to Guanyin, a Buddhist bodhisattva corresponding to the Burmese Buddhist boddhisattva Avalokiteśvara .1,400 year old ginkgo tree is located on the grounds which has become a tourist attraction. The tree is believed to have been planted by the Emperor Li Shimin, the founding father of the Tang Dynasty (618 – 907)

17.00 Dinner on your own expense : Guide will suggest on spot

18.00 After that, we will return to Yangon city (Hotel / Meeting point)
**Overnight at Yangon (Exclude hotel)

08.00 Pick up from your hotel in Yangon / Meeting point and transfer to Mahabadura Park Plaza

09.00 Mahabadura Park Plaza
The park was named Bandura for commemorating General Bandura, a national hero who fought against the British colonists. The Independence Monument in the middle of the park is 49.5 meters high and resembles a sword thorning into the sky, symbolizing Myanmar's freedom and independence. He also told descendants of the heroic deeds of General Bandura's sacrifice for Myanmar's independence. The English-style red brick building on the east side of the park is the Supreme Court, and the white building across the road is the Myanmar City Hall.

14.00 Botatoung pagoda It was blown up by the Royal Air Force in 1943 and rebuilt in the second half of the 20th century. During the reconstruction, many artifacts and jewellery from more than 2,000 years ago were discovered. You can enter the tower to view the secret rooms and the legendary golden house. As far as the eye can see, the gold is brilliant, all of them are pasted with gold, and the wall flower pattern is delicate and soft. Wow you drop your chin. The biggest exhibits are Buddha's hair and holy teeth. and Visit Bo Bo Gyi & Ama Taw Mya Nan New

17.00 Shwedagon Pagoda
The shining pagoda-magnificent gold; incomparable power-pious faith.
Founded in 585 BC (2600 years ago), it was built by the order of King Ogaraba and used to enshrine the Buddha Shakyamuni relics, The large golden pagoda is 112 meters high. It is surrounded by 64 small towers and 4 middle towers of different styles. The gold laid on the tower is made of real gold nuggets, sharing more than 7 tons of gold foil. The pure gold umbrella on the top of the tower weighs 1.2 tons, hangs 1065 golden bells and 420 silver bells, with 4531 red sapphires on the top, including a 72-carat diamond. It can be described as "value-for-money" and "faith is priceless." Note: The day and night are two different landscapes: blue skies during the day; at night bright lights, flashing bright jewel.
Highlights: Shwedagon Pagoda in the evening and night scenes (see side and looking at various) (magnificent, shiny, deep faith, sincere priceless)

20.00 After that, we will return to Yangon city (Hotel / Meeting point)
**Overnight at Yangon (Exclude hotel)

08.00 Pick up from your hotel in Yangon / Meeting point and transfer to Bago

10.00 Shwemawdaw pagoda
The landmark building in Bago Province, Myanmar, is said to contain two Buddhist relics, and there is also the saying that the Buddha's tooth is preserved, which has become the local Buddhist center of Bago. This pagoda was built in the Ashoka period more than 200 years after the death of Sakyamuni, and is a representative of the Mon Buddhist culture. It is currently the tallest pagoda in Myanmar, 115 meters high, which is taller than the Shwedagon Pagoda in Yangon, surrounded by countless pagoda temples. Incomparable power-pious faith

11.00 Shwethalyaung buddha
Ruidaliang Reclining Buddha was built in 994 AD. The reclining Buddha is carved from a single stone, lying on its side, 54 meters long and 15 meters high, and covered with gold foil. In 1756, King Yongji of Burma entered Bago, and the locals were unable to resist, so he buried the reclining Buddha deep underground until he was discovered in 1881 when building the railway.

15.00 kyaikpun pagoda
It was built in 1476 by donations from the four princesses of King Demasides. Four giant Buddhas over thirty meters high sit back to back, each with a different look, but giving people a feeling of compassion and joy. (At the time of construction, the four princesses wished to remain pure forever. Unfortunately, the youngest princess broke the oath. The big Buddha statue donated by her collapsed bizarrely. Although the Buddha statue was rebuilt by future generations, the Buddha statue always showed a shy look, which is amazing.)

16.00 Kanbawzathadi palace
This royal palace, built in 1553, was built by the Mon King King Bayinnaung. There are 7 different buildings in the whole palace, all of which are brilliant and dazzling. The ancient city of the Royal Palace displays the architectural style of the Mon ethnic group, which fully embodies the meticulous carving technique of the Mon ethnic group. In particular, architecture, painting, sculpture, music and dance have a great influence on the Burmese. In the main hall, we can not only visit the hall where the old king summoned courtiers and the king's copy throne, there are shacks outside the palace, and a large number of fragments of the pillars unearthed during the reconstruction of the palace are on display! Feel the grandeur of the architectural style of the former Mon dynasty and lament the vicissitudes of dynasty history.

20.00 After that, we will return to Yangon city (Hotel / Meeting point)
**Overnight at Yangon (Exclude hotel)

10.00 Kyaik Hawan Wun Pagoda
Take a small wooden boat and swing for 5 minutes to reach the Buddhist temple in the water. According to legend, the pagoda is dedicated to Buddha hair and 27 true golden Buddha statues. It was built in 1904 and built on a large rectangular stone slab in the Wenjiang River of Jimo. It floats on the surface of the Yangon River. The water pagoda is unique compared with other pagodas. You can buy flowers here to worship the Buddha or enjoy the purity of returning to nature.

15.00 St.Mary's Cathedral in Yangon
Founded in 1895, it is a Gothic-style Catholic church in the Yangon region, where many British priests preached successively. Although the exterior of the church is made of red bricks and stone, plus two minarets, it is very eye-catching and very Western. However, the soaring arcades and multi-colored decorations inside combine a variety of Southeast Asian elements and combine to give a solemn, Elegant feeling.

16.00 Aung San Market
Free shopping. There are all kinds of exquisite handicrafts, national costumes, jade and jade, red and sapphire, amber, wood carving, natural pearls and so on.

18.00 Dinner on your own expense : Guide will suggest on spot

19.00 After that, we will return to Yangon city (Hotel / Meeting point)
**Overnight at Yangon (Exclude hotel)

14.00 After that, we will return to Yangon city (Hotel / Meeting point)