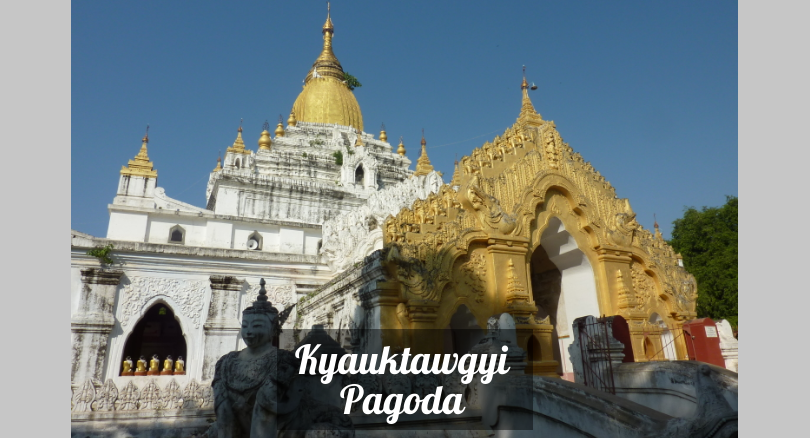 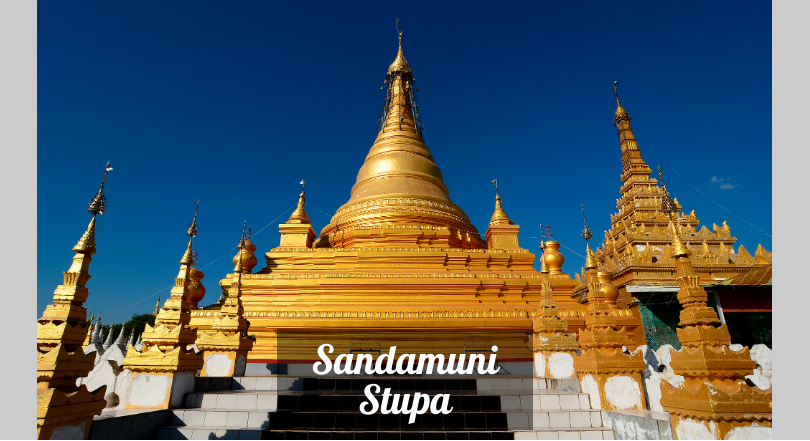 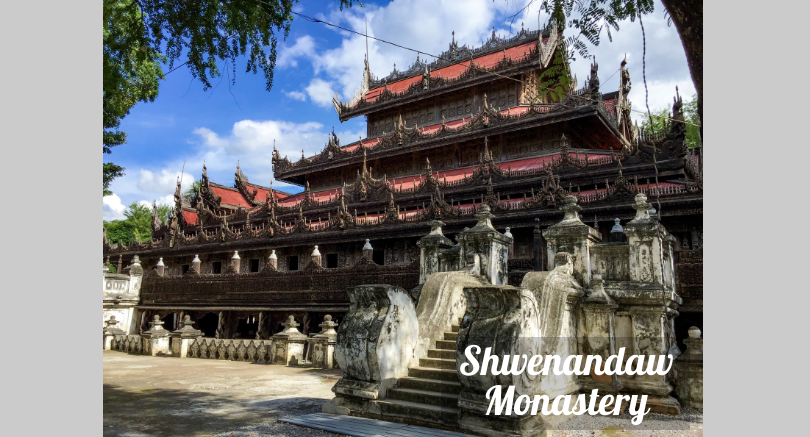 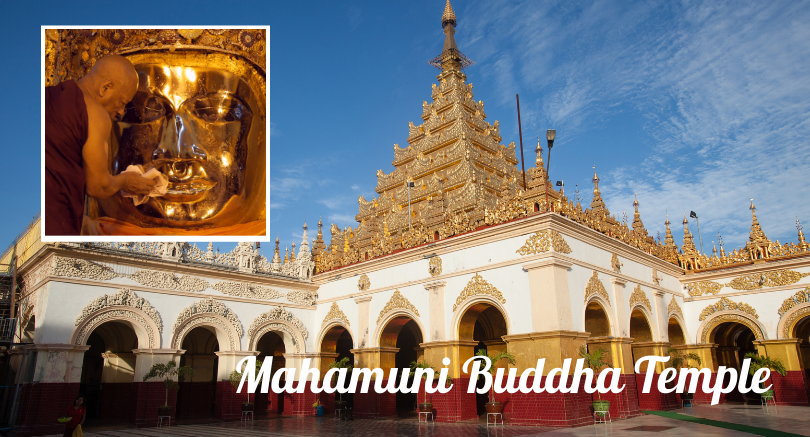 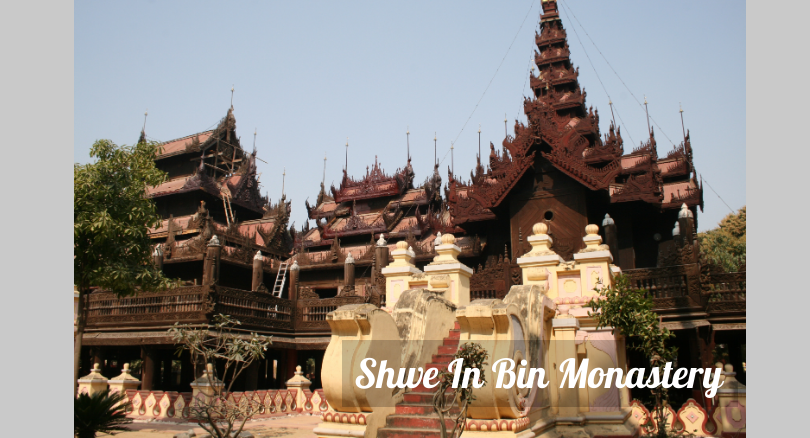 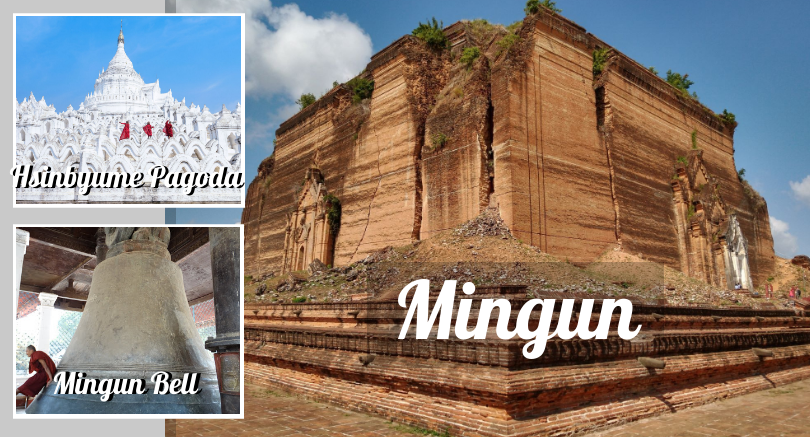 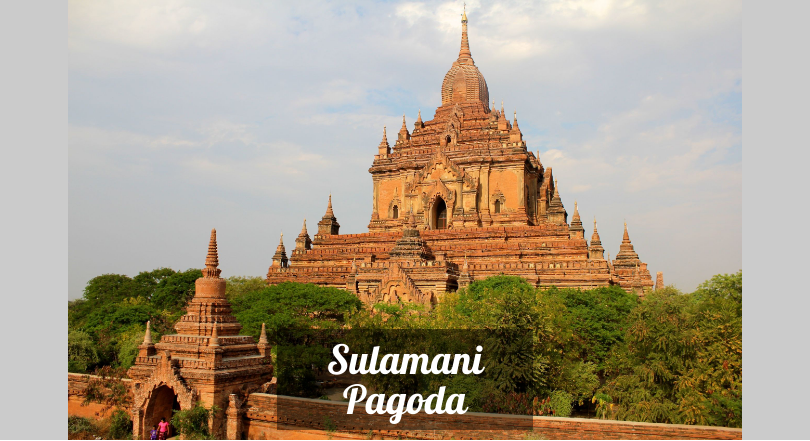 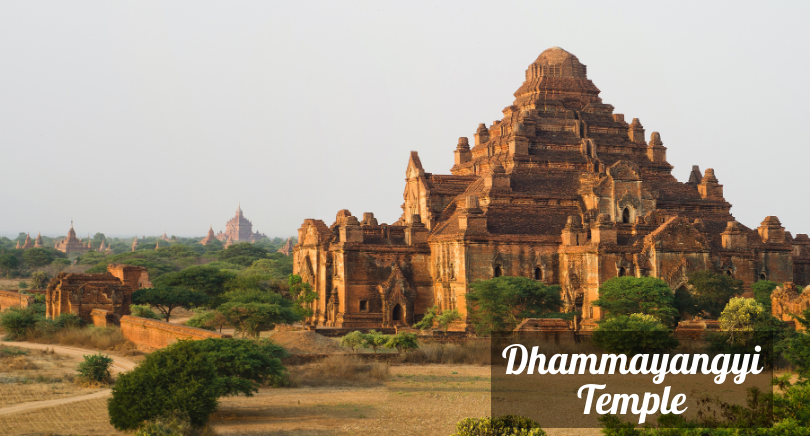 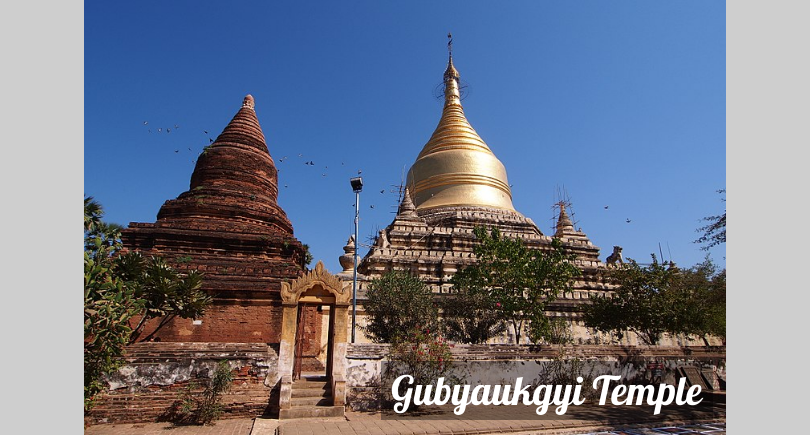 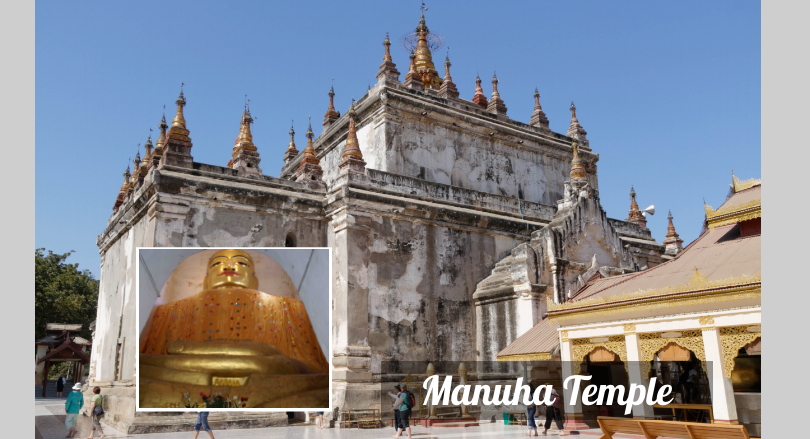 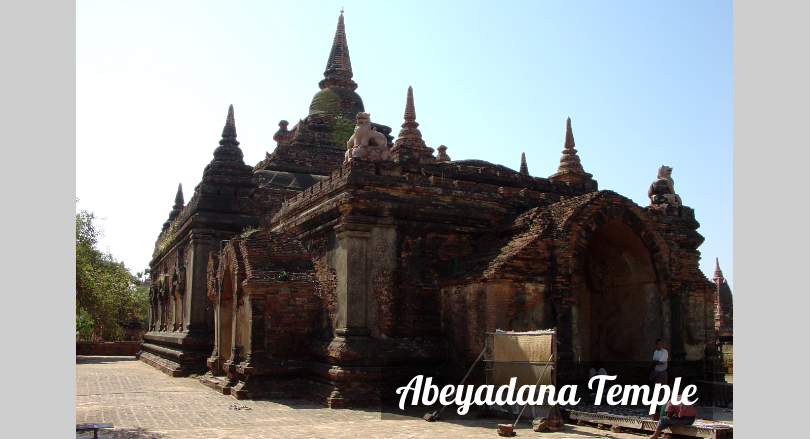 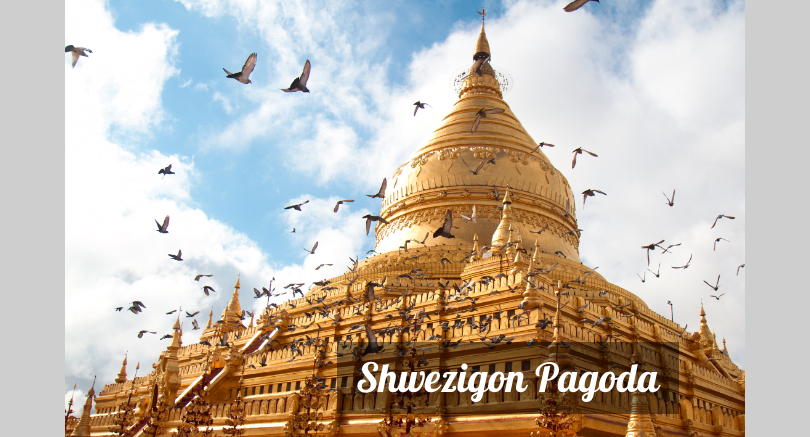 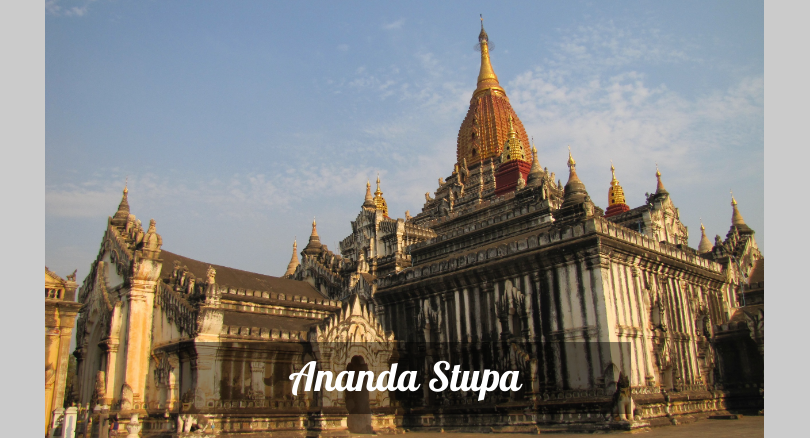 Day 1 : Mandalay
Meal : No Meals (Pay by themselves)


08.00 Pick up from your hotel in Mandalay / Meeting Point / Mandalay International Airportand transfer to Mandalay Hill.

10.00 Kyauktawgyi Pagoda
A huge stupa under Mandalay Hill has entrances around it. From the east entrance there will be a shop inside the tower. In the center there is a Buddha statue about 8 meters high. The stupa is still under construction. Every ten A large-scale temple fair will be held every month.

11.00 Kuthodaw Pagoda
Because of the tens of thousands of Buddhist scriptures hidden in the pagoda, this pagoda built by King Mindong is called the "big book of the world". He is like the twin brothers of Sandamuni Pagoda, with a gold pagoda in the middle and surrounding There are 729 small white stupas.

12.00 Sandamuni stupa
A huge gold pagoda in the middle is surrounded by many small white pagodas. The four-axis symmetry is white as snow. Bells hang on the pagoda. The wind blows the bells. It is quiet and far away.

13.00 Lunch by your own expense : Guide will suggest on spot

14.00 Unique Monastery / Peacock Temple
Built by King Mindong in 1857, it was once a beautiful building in Mandalay, but was destroyed by fire in the 1890s. In 1995, it was rebuilt with cement. Because cement buildings do not have the natural beauty of teak, they have gradually fallen out of favor.

15.00 Golden Palace Monastery
Mandalay ’s more popular stupa is surrounded by exquisite teak buildings with luxurious carvings. It is said that this is the royal apartment of King Mindong, originally located in the palace. After his death, his successor reassembled his apartment into today. Monastery. Fortunately, this monk was free from the destruction of the war and presented in full to everyone.

16.00 Mahamuni Pagoda
Mahamuni Pagoda is located 3 km south of Mandalay city center and is one of the important pagodas in Mandalay. The bronze Buddha statue in the stupa is said to have been opened by Sakyamuni himself. The Burmese people regard this stupa as the true body of the Buddha and have a sacred status in Myanmar. Devoted believers affix gold leaves to Buddha statues, but only men can offer gold leaf in person. Over the years, the thickness of gold leaves has been 16 cm, which is spectacular.

17.00 Shwe In Bin Monastery
Shweinngyin Monastery is an elegant wooden monastery located between the city center and the Mahamuni Pagoda. Its history can be traced back to 1895. It was built by the wealthy Chinese jade merchants at that time. Hundreds of monks come and go in the alleys covered by leaves in this area.

18.00 Uben bridge
Built in 1851, it is 1200 meters long and is made of 1086 solid teak wood. It is the longest teak bridge in the world. This is a very popular spot in Mandalay, but it takes a while to drive from the city, there are tourists coming and going on the bridge, there are hawkers and monks on the bridge, and East Taman Lake under the bridge can be canoeed. At sunset, you can enjoy the sunset while sipping champagne on the boat and feel one of the most beautiful sunsets in the world. Enjoy Dinner by your own expense : Guide will suggest on spot. After that, we will retrun to Mandalay city (Hotel / Meeting point)
** Overnight at Mandalay (Exclude hotel)

08.00 Pick up from your hotel in Mandalay / Meeting Point and transfer to Mingun

09.00 Old town of Mingun
The ancient city of Mingun is located on the west bank of the upper reaches of the Irrawaddy River 11 km north of Mandalay. There is a building in the city known as the "bigger stupa in the world". Unfortunately, due to various reasons, only one-third of the building was completed, but this is still one of the largest brick buildings in the world. Some people say that the value of Mingun ’s cultural relics is famous, even as good as the Egyptian pyramids.
- Min gun sight seeing by boat along Irrawaddy river
- Min gun pagoda The Mingun Pagoda is a massive unfinished pagoda built at the end of the 18th century, that was meant to be the largest pagoda in the country.
The massive paya, also known as the Mantara Gyi Pagoda, the Mingun Pahtodawgyi and the Great Royal Stupa makes for an impressive site on the banks of the Irrawaddy river. In front of the pagoda facing the river are the remains of two giant Chinthe lions about 29 meters high, guarding the temple.
- Min gun bell King Bodawpaya also had a gigantic bell cast to go with his huge stupa. The Mingun Bell, weighing at 90 tons, is today the second largest ringing bell in the world. The weight of the bell in Burmese measurement, is 55,555 viss or peiktha (1 viss = 1.63 kg), handed down as a mnemonic "Min Hpyu Hman Hman Pyaw", with the consonants representing the number 5 in Burmese astronomy and numerology.
- Hsinbyume paya Built in 1816 by King Bagyidaw, possibly using materials pilfered from Mingun Paya, this unusually striking pagoda rises in seven wavy, whitewashed terraces representing the seven mountain ranges around Mt Meru (the very topmost stupa), the mountain at the centre of the Buddhist universe. Like the Taj Mahal, this paya was meant as a monument to the tragic death of the king's wife, Queen Hsinbyume, who died in childbirth. The climb to the top is worth it for the views.

18.00 Dinner by your own expense : Guide will suggest on spot. After that, we will retrun to Bagan city (Hotel / Meeting point)
**Overnight at Bagan (Exclude hotel)


Day 3 : Bagan City Tour
Meal : No Meals (Pay by themselves)

08.00 Pick up from your hotel in Bagan / Meeting Point and transfer to Suramani Pagoda

09.00 Suramani Pagoda is a Buddhist temple located in the village of Minnanthu (southwest of Bagan) in Burma. The temple is one of the most-frequently visited in Bagan.

10.00 Dhammayangyi Temple is a Buddhist temple located in Bagan, Myanmar. Largest of all the temples in Bagan, the Dhammayan as it is popularly.

14.00 Gubyaukgyi Temple The Gubyaukgyi temple, located just south of Bagan, Myanmar, in Myinkaba Village, is a Buddhist temple built in 1113 AD by Prince Yazakumar, shortly after the death of his father, King Kyansittha of the Pagan Dynasty.[1] The temple is notable for two reasons. First, it contains a large array of well-preserved frescoes on its interior walls, the oldest original paintings to be found in Bagan.All of the frescoes are accompanied by ink captions written in Old Mon, providing one of the earliest examples of the language's use in Myanmar.Second, the temple is located just to the west of the Myazedi pagoda, at which was found two stone pillars with inscriptions written in four, ancient Southeast Asian

15.00 Manuha Temple is a Buddhist temple built in Myinkaba (located near Bagan), by captive Mon King Manuha in 1067, according to King Manuha's inscriptions. It is a rectangular building of two storeys. The building contains three images of seated Buddhas and an image of Buddha entering Nirvana. Manuha Temple is one of the oldest temples in Bagan.

16.00 Abeyadana temple is a 12th century Buddhist temple in Bagan, Myanmar. The temple complex has a large central temple, which has a rectangular plan.

18.00 Dinner by your own expense : Guide will suggest on spot . After that, we will retrun to Bagan city (Hotel / Meeting point)
**Overnight at Bagan (Exclude hotel)

08.00 Pick up from your hotel in Bagan / Meeting Point and transfer to Shwezigon pagoda

09.00 Shwezigon pagoda The Shwezigon Pagoda is one of the oldest and most impressive monuments of Bagan. Most noticeable is the huge gold plated pagoda glimmering in the sun. The design of the Shwezigon Pagoda has been copied many times across Burma over the centuries. Several shrines and temple buildings have been added to the complex since construction of the stupa in the year 1090. As the pagoda enshrines a number of sacred Buddhist relics, it is an important pilgrimage site for Buddhists.

10.00 Htilominlo Temple is a Buddhist temple located in Bagan (formerly Pagan), in Burma/Myanmar, built during the reign of King Htilominlo (also known as Nandaungmya) The temple is three stories tall, with a height of 46 metres (151 ft), and built with red brick. It is also known for its elaborate plaster moldings. On the first floor of the temple, there are four Buddhas that face each direction. The temple was damaged in the 1975 earthquake and subsequently repaired.

11.00 Ananda Temple located in Bagan, Myanmar is a Buddhist temple built in 1105 AD during the reign (1084–1113) of King Kyanzittha of the Pagan Dynasty. The temple layout is in a cruciform with several terraces leading to a small pagoda at the top covered by an umbrella known as hti, which is the name of the umbrella or top ornament found in almost all pagodas in Myanmar. The Buddhist temple houses four standing Buddhas, each one facing the cardinal direction of East, North, West and South. The temple is said to be an architectural wonder in a fusion of Mon and adopted Indian style of architecture. The impressive temple has also been titled the "Westminster Abbey of Burma".The temple has close similarity to the Pathothamya temple of the 10th–11th century, and is also known as “veritable museum of stones”.

12.00 Lunch by your own expense : Guide will suggest on spot. After that we will retrun to Mandalay city (Hotel / Meeting point)